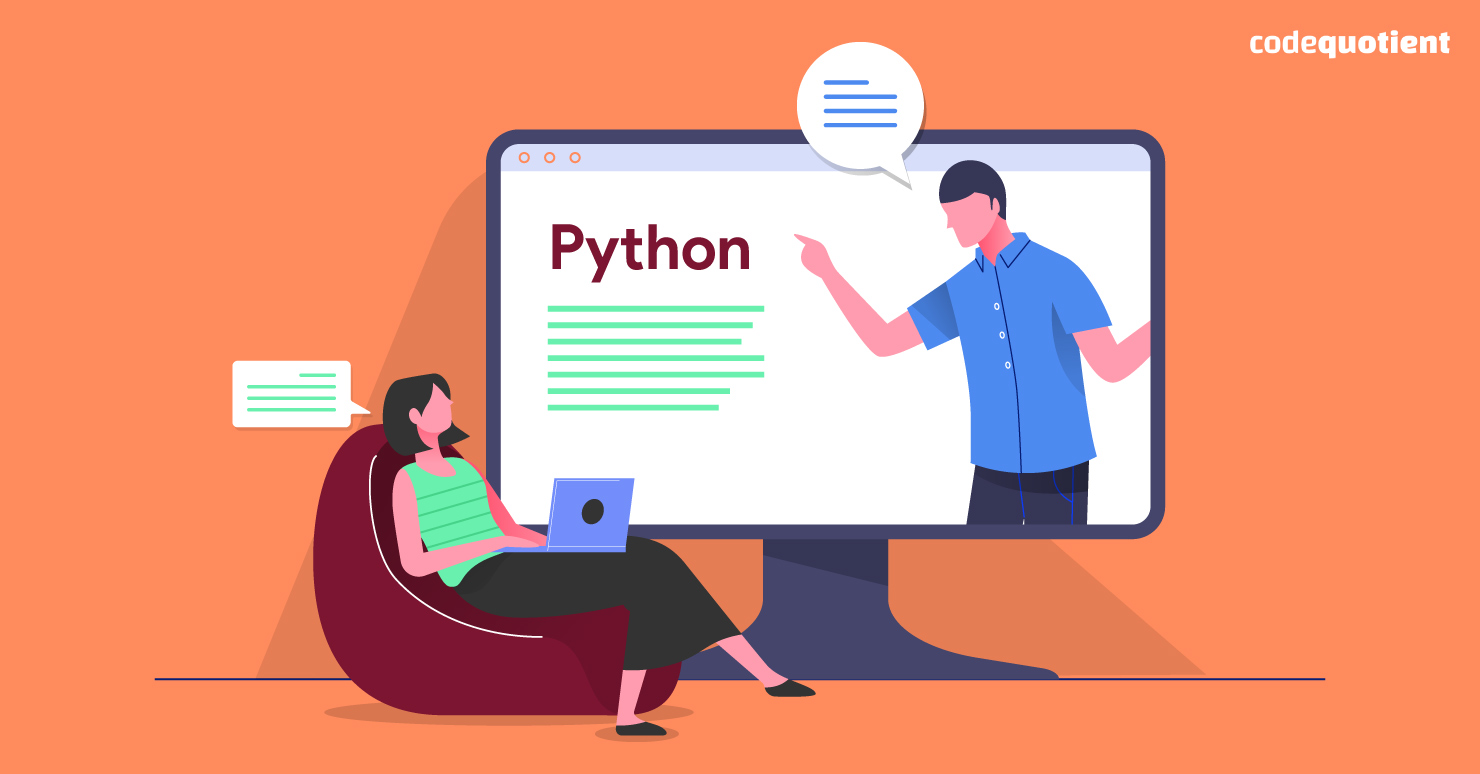 Even in this dynamic world where everything changes at a rapid pace, the popularity of Python never seems timeless. Python certification is found to be one of the most demanding skills in the entire programming domain. CodeQuotient has had its eyes on it for years now as one of the best online coding classes wherein we teach Full Stack development where students will get to learn about Python as well as other important coding languages.

It is not only the most popular programming language across the globe, but is also one that offers the most promising career opportunities as well. And its demand keeps on increasing with each year passing by. 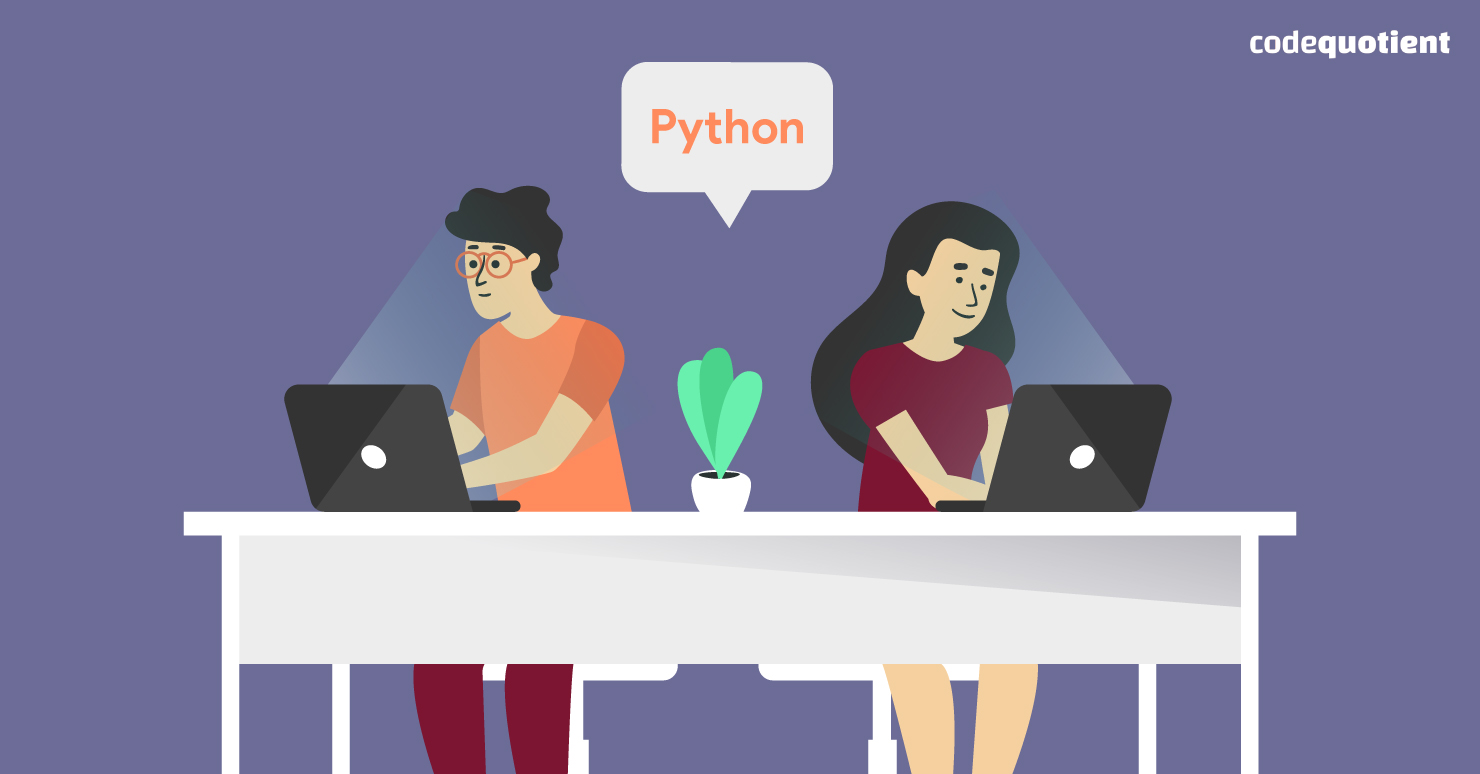 Python is a high-level, interpreted, interactive, and object-oriented scripting language, which is widely used by several big-shot companies like Google, Pinterest, Instagram, Disney, Yahoo, IBM, etc. With ten compelling reasons to get started with, we are sure that you won’t be asking again “Why should I learn Python?”

1. Python is Popular and Widely Supported

So, how can you benefit from its popularity? Simple,  by using a popular language like this, you have a much higher chance of finding a solution to any problem that you encounter in the tech world. It also has a healthy community of enthusiasts who strive daily to make the language better by fixing bugs and opening new possibilities.

2. Simply Structured and Easy to Learn

If you find yourself intimidated by coding, Python is for sure a great starting point. It was developed with user-friendliness in mind and its syntax more closely resembles English than its peer languages.

Python also enforces the ‘whitespace rule’ which results in cleaner code that’s much more organised. For beginners, understanding and practising coding with Python is much easier when you can work with a structured and cleaner code.

At the same time, Python also features a dynamic type system and automatic memory management that helps in managing and dealing with several dynamic storage management which is useful for sharing, segmentation, preallocation, or caching.

Python was created over three years ago. This is more than enough for any community of programming languages to grow and mature adequately to support developers from beginner to expert levels.

There are plenty of documentation and online coding classes for Python language that learners and developers of any skill levels and ages can use to enhance their knowledge of Python. The Python developer community is in fact one of the most incredibly active programming language communities.

Any Python developer will agree that it is efficient, reliable, and faster than any other programming language. It also has the benefit wherein it can be used in any kind of environment, and one will not face any kind of performance loss issue irrespective of the platform one works.

The versatility makes python more attractive to use due to its high number of applications. It can be used in many varieties of environments like mobile applications, desktop applications, web development, hardware programming, etc.

As a result of Python’s versatile nature, it has become one of the most high-demand technologies around the world. Due to this, a Python developer’s salary in India is considerably higher than those who work with legacy web-development languages.

According to Indeed, a Python developer will earn up to INR 6,10,973 per annum. Top industry leaders like Google, NASA, Amazon, etc. use Python and more and more companies are adopting it today, increasing the demand and salary for Python developers.

The Future of Coding with Python 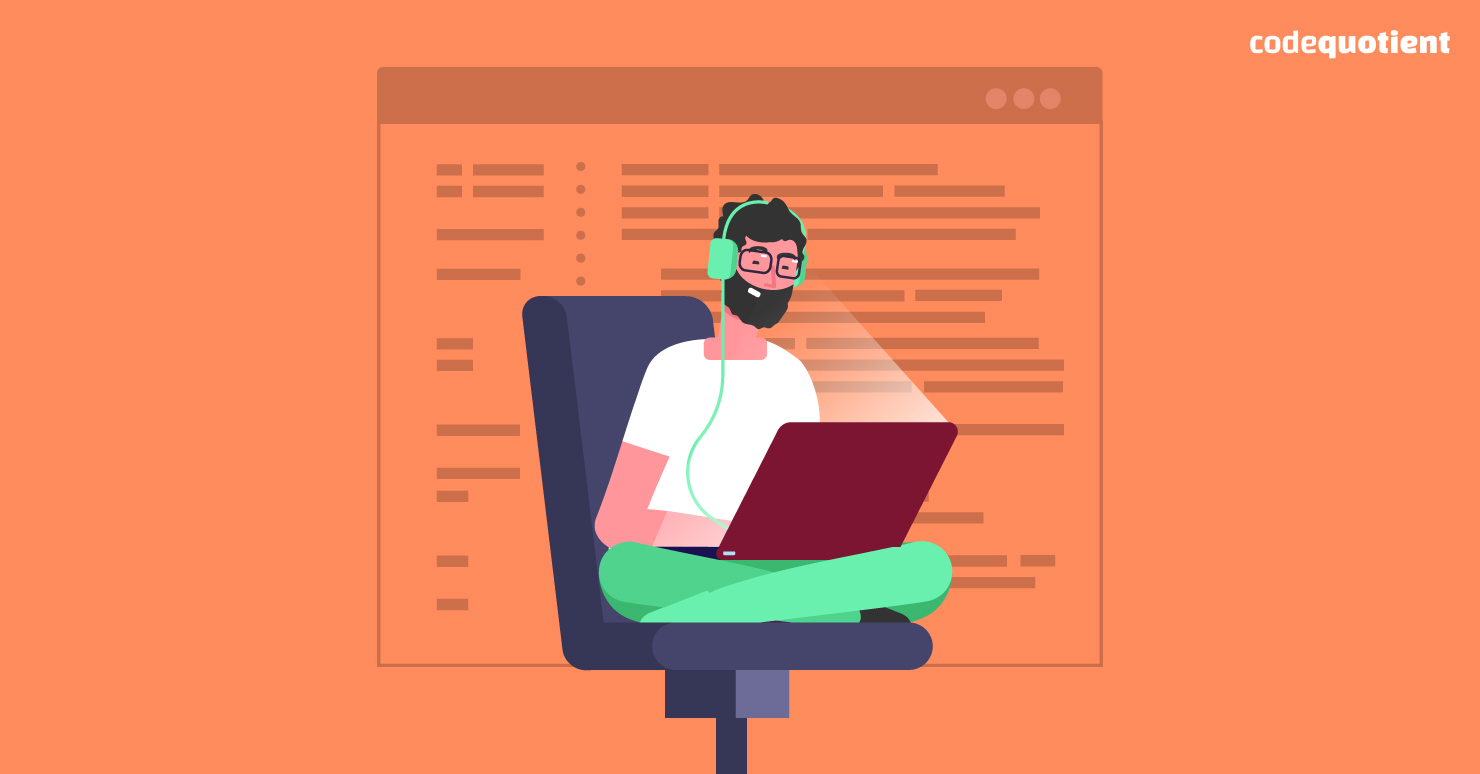 While many top companies are still stuck with Java, Python is one of the old yet trending technologies. Its future is still more bright with :

The future will be the era of artificial intelligence (AI). Earlier computers and machines were being used to perform complex calculations at very high speeds. Now, big organisations are working on building intelligent systems that perform the tasks as humans would.

Again, Python is popular in building such AI systems. The following tools and libraries ship for these branches of AI:

Here also Python plays a key role wherein it has helped Big Data to grow, where its libraries allow to analyse and work with a large amount of data across clusters:

Python helps in configuring routers and switches and performs other network automation tasks cost-effectively. For this, there are the following Python libraries:

Go Forth and Learn with CodeQuotient! 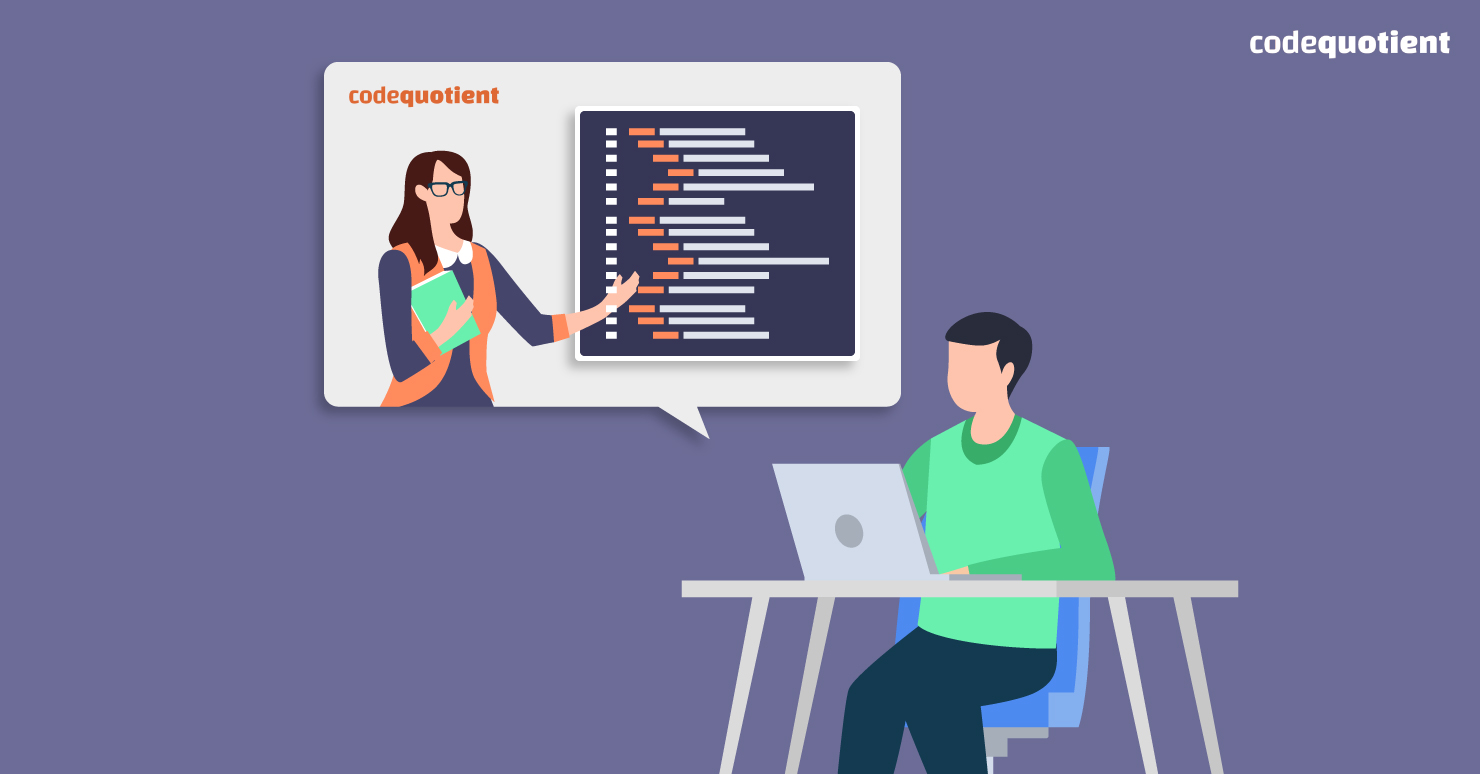 It is never too early to start learning Python, neither isn’t it too late. Now that you know certain reasons for learning, you are ready to begin your Python journey!

So why not with CodeQuotient? CodeQuotient provides online coding courses that open up exciting career opportunities and makes you industry-ready for the post-Covid job market. Here we ensure that all students who complete the courses get placed in well-reputed companies.

CodeQuotient not only teaches a single course like Python alone but also specialises in the Full Stack development program known as the SuperCoders Program. This is the perfect platform for grooming young talents.

Even if you are one of those programmers or developers who think they are stuck in a dead-end programming job, then this is the right opportunity to make it big by learning Python and other in-demand coding languages with CodeQuotient.